Are you experiencing increased anxiety or tension right now? 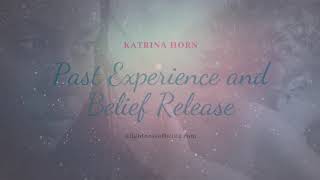 Are you needing clarity on managing school refusal and separation anxiety?

Do you want to create action on climate change quickly and easily?

What are you not seeing?

I’ve haven't posted as much as I planned to about #BIPOClivesmatter and #UnconsciousBias - tbh, I wrote this post a few weeks ago and I've been working up the courage to post it.

I knew what I say has the potential to be judged and I needed to have processed these feelings enough to feel sure in my self if I was judged or challenged.

After sitting with this for a few weeks, I’m ready to take action now. 💥💥💥

This may be a little uncomfortable for all of us, but I am trusting we can get through it together.

When I was a sustainability analyst I would speak to companies about increasing diversity in the workplace. One of the biggest hurdles we needed to overcome was getting people to understand and accept the idea of unconscious bias.

This means that even if someone does not identify as racist they most likely still hold racist beliefs within their subconscious because the culture we have grown up in has been one including systemic and institutionalised racism.

I am including myself in this, despite knowing this, no one is immune. If you are an ascended master then you can say you have no limiting subconscious beliefs but if you are on the human plane then unfortunately this includes you.

I grew up in Tasmania and really didn’t have much exposure to BIPOC. I wasn’t raised racist but I also wasn’t raised to be conscious of racism particularly systemic and institutionalised racism.

It wasn’t until I moved to London in my early 20’s that I was exposed to all the amazing varieties of skin colour. All the different cultures and ethnicities were literally staring me in the face.

The contrast to Tasmania was startling. Particular for me with my artist eye - I really notice colours, shading and textures. And I noticed that I didn’t have a natural feeling of comfortableness and ease around BIPOC.

To be honest, I used to have a lot of social anxiety and I didn't feel comfortable and ease around many people! But this was more pronounced.

As anyone with social anxiety does, this prompted me to start examining my interactions with BIPOC in order to become more comfortable.

My experience backpacking around Africa a couple of years later showed me how much more comfortable I felt around BIPOC but there was still a sense of difference - different culture, different experiences etc.

This self-examination continued when I started working in the sustainability field where diversity is an important aspect and I began to develop a language around it to help me understand the unconscious patterning I was becoming aware of.

Reactions that come in before my thinking brain has time to catch-up. For example when I started drafting this post I drafted it as if I was speaking to a community of white people.

Sometimes my thinking brain doesn’t catch up, or takes a while - the meditation video I attach in this post originally only had images of white people on it - I’ve changed it now.

I am sure unconscious bias has crept in on multiple occasions in this post which I am still not aware of - else it wouldn’t be unconscious. I think this is important to note, because we are all still learning our way through this.

The reason I am writing to you about this today is to share my knowledge on the importance of shifting unconscious bias in ending racism and to also share with you tools that we have available to help shift this.

In the same way we recode new helpful beliefs about our self using loving frequencies we can re-programme ourselves to have new loving beliefs about others e.g. BIPOC.

The Past Experience Meditation linked can be used in this way. This meditation covers experiences you may have had in this lifetime, as a child and also through your ancestors or in past-lives.

Racism has been around for a long time and so this life is probably not the first time you have had experiences that inform your subconscious beliefs now.

I will be using this process to move through beliefs I have around separateness/difference from others, especially those from other races.

Ultimately we all originate from the one source and harm done to others is harm also done to ourselves.

Any illusion of ‘division’ keeps us from the 5D reality of unity and oneness.

We all need to do our own internal shadows in order to shift the consciousness. Be the change we want to see in the world. Clear the dense energies within ourselves in order to change what we co-create in this world.

1. Consider what unconscious beliefs you may still hold about BIPOC or being BIPOC.

2. Think about what systemic and institutionalised practices you unconsciously support.

3. Consider the shadow aspects of ourselves that contribute to systemic racism:

🖤Where do you in your life use judgement, oppression, aggression and domination to boost your self acceptance?

🖤Where in your life do you use ignorance or inaction to protect yourself from the discomfort of change?

🖤 Where in your life do you keep yourself separate from the suffering of others in order to protect yourself from painful feelings?

4. Use belief reprogramming tools to change at least one of these beliefs - see the attached meditation.

5. Take action/call out at least one of these practices.